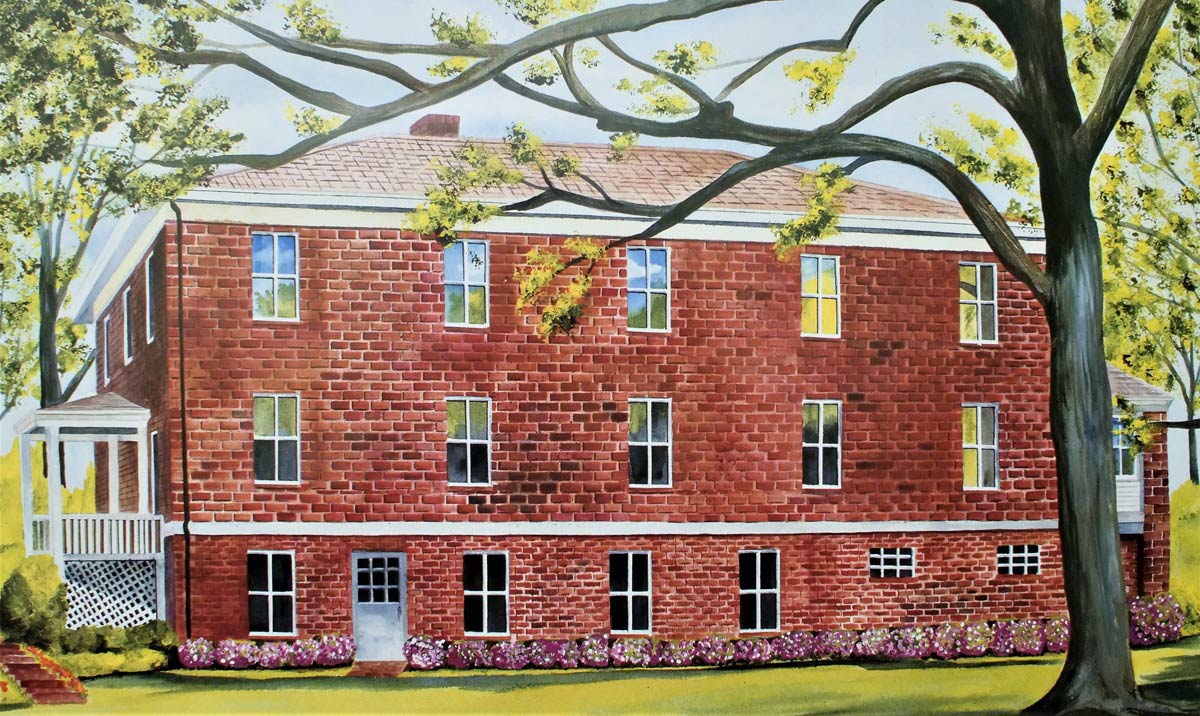 Brainerd Institute was formed as an elite educational institution for African Americans by the Presbyterian USA Church in 1866. The school continued to grow, offering all grades through high school. With its high academic standards, graduates went on to excel at colleges across the country, including Johnson C. Smith University, Benedict College, and Howard University. The school itself also became a junior college with a focus on teacher training. The last class graduated Brainerd in 1939. 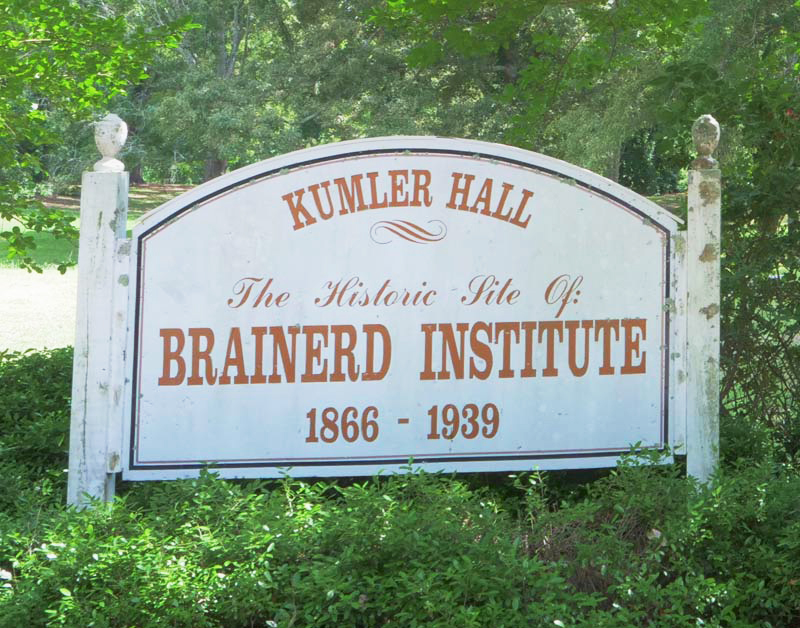 "BRAINERD remains legendary for the success and impact of its students, their off-spring, camaraderie
and love of learning. They are the source of the epithet 'NERD'."
~ VIVIAN AYERS, CLASS OF 39

A CALENDAR OF PAROCHIAL SCHOOLS organized for the benefit of African Americans following the American Civil War would start with the arrival of MISS E.E. RICHMOND of New York in the small town of Chester, South Carolina. Day classes and night classes and prayer meetings in a log cabin on the Brawley estate marked the beginnings of the Institute. Miss Richmond would soon be joined in her efforts by MISS CAROLYN KENT of New Jersey.

REV. SAMUEL LOOMIS, scouting the Presbytery of New York for such an opportunity, chose to join Richmond and Kent in their efforts, and the school came to life. The Institute's development was at the core of the Native Missions spirit and the willingness of some to give unstintingly to the advancement of African and Native Americans in the Nineteenth and early Twentieth centuries.

THE FREEDMAN'S BOARD purchased the DeGRAFFENRIED ESTATE, 20 acres of land with the mansion, barn, and old slave quarters on the highest hill in Chester, and the Institute moved to its permanent site. LOOMIS named the school after fellow American Missions man, GEORGE BRAINERD.

REV. AND MRS. JOHN MARQUIS of Pennsylvania, succeeded Rev. and Mrs. Loomis, and with the longest tenure of all, served until 1928. New and modern buildings were built, the last being the men's dormitory, KUMLER HALL, circa 1916.

DR. J.D. MARTIN, Ph.D., of the faculty of Johnson C. Smith, was appointed by the Presbytery USA as the first Black Principal. A Classicist himself, having majored in Latin at Columbia University, Dr. Martin emphasized languages; and he introduced the first all African American faculty. His advertisements read, "modern buildings, steam heat, a scenic environment and broad curriculum."

PROF. LUCIUS SOLOMON BROWN also of the JCSU faculty, succeeded Dr. Martin as the second Black Principal. He came as a single man… soon to be wed to a lovely local teacher, MISS LILA JEANETTE BROWN, the finest of teachers. Brainerd was authorized as a two-year college. It became a mecca of Black institutional striving, with many notable visitors including famed bandleader, NOBLE SISSLE, with SYDNEY BECHET (1938), and the prodigious composer and organizer of African American music, WILL MARION COOK (1939).

BRAINERD INSTITUTE was abruptly closed by the U.S. Presbytery, with scant notice to the Administration and Staff. Students learned of it on Graduation Day. The rationale advanced was that adequate public school education was now available to Blacks in the region. The curriculum of Brainerd, which included daily devotionals, music, sports, crafts, romance and classical languages, would not be matched in any other Black Prep-school of the country.

The American Institute of Architects (A.I.A.) of South Carolina cites KUMLER HALL, the one remaining building on the historic site, as one of the eleven most endangered historic buildings in the State. The nomination was made by SCOTT COLEMAN, then president of the Chester Historical Society.

THE BRAINERD CLUB, under direction of MARY ROSE ADAIR and with the patronage of Chester historian, ANNE PICKENS COLLINS, established an HISTORICAL MARKER.

A committee of Chester Chamber of Commerce, Chaired by NANCY C. ANDERSON, wrote a proposal, generating local and statewide interest in preserving KUMLER HALL. A well attended fundraiser, OCTOBER 12, 1997, featured DEBBIE ALLEN and PHYLICIA RASHAD, but did not achieve its objective of matching a $20,000 grant in State funds.

Interactive architectural services are volunteered by the McMILLIAN SMITH & PARTNERS Architectural Firm of Spartanburg, S.C. The design specialist in charge of the project is DON LOVE, JR., AIA. Kumler Hall has been cleared sixty years of heavy debris by volunteer Prof. EARL BROOKS of Columbia, S.C.

April 12, New York. The first national public fund raiser was staged by DR. DWIGHT JOHNSON, President of The Black Alumni of Pratt Institute, at Matinee Time at the Joseph Papp Public Theater, where PHYLICIA RASHAD performed the role of Zora Neale Hurston in "EVERYBODY'S RUBY." The benefit raised funds for promotion materials in support of a larger Capital Fund Drive. This same year PHYLICIA RASHAD purchased the land of the former Brainerd Institute, including Kumler Hall.

Under the guidance of VIVIAN AYERS, work to restore the structural integrity of Kumler Hall is completed. With a solid and repaired frame, the next step is now working to fully restore the internal architecture in order to return the building to full operational use.